The DS1817+ will be replacing my current Synology DS1515+. Meanwhile for this review, I will be using the Seagate IronWolf 10TB hard disks.

One noteworthy point is that the DS1817 has two (2) 10GbE network ports while the DS1817+ doesn’t. For the DS1817+, you can add this capability with the PCIe network adapter.

One concern I had with the DS1817+ is the use of Intel C2538. Recently, devices with C2538 suffered sudden failures and required hardware fix as mitigation. Synology assured that relevant fixes or design considerations have been applied for all Synology models (utilizing C2538) since February 2017.

Avoton instead of Denverton CPU

As for the choice of Avoton over Denverton or Apollo Lake, it was mentioned that Denverton would only be released after 2017 Q2. Unfortunately, it is too late for DS1817+.

Apollo Lake is not used as it is not meant for server usage according to Intel’s classification. Perhaps future Synology models in 2018 will be using Denverton?

The Synology DS1817+ package is pretty bulky and weighs around 7 kg. It is not as easy to lug around like the DS1515+ that I have now. I had totally under-estimated the strain that it would have on my arms when I carried it back on public bus. Reminder to self that I should have just take a cab for any NAS that has more than five (5) bays.

The power cord directly plugs into the power supply unit. There is no external ‘power brick’.

Overall Build of the Synology DS1817+

The enclosure looks like an elongated version of the DS1515+. It is matte-black except for its base. The front and back of the DS1817+ are made of plastic while the rest of the body is generally made of metal.

From the front, the DS1817+ looks like the DS1515+ with additional drive bays. Above the drive trays are where the power button, system indicators (status, alert, LAN) are.

There is a USB 3.0 port on the lower right corner of the DS1817+ for you to easily attach a USB storage for Synology USB Copy.

The provided keys lock the handle in place and prevents the drive tray from unlatching from the drive bays.

Behind the drive trays is the SATA backplane where hard disks are attached to. The two (2) 120mm fans, at the back, draws heat away from the hard disks and out of the enclosure.

The vented cutouts of Synology logo on both sides of the DS1817+ allow air to be drawn into the enclosure.

At the center of the DS1817+ are two (2) 120mm system fans. To the left are the power connector and Kensington lock slot. To the right is the PCIe slot for the new Synology accessories.

To the south, from left to right, are the eSATA port, four (4) Gigabit LAN ports, reset button, three (3) USB 3.0 ports and eSATA port.

The M2D17 is a M.2 SSD adapter that allows you to add SSD cache capability to your Synology NAS without sacrificing any of the existing drive bays. In the past, you will need to allocate two drive bays if you need read-write cache. For a 5-bay NAS, you will be left with 3 bays for your main storage.

The M2D17 supports two 2242/ 2260/ 2280 form-factor M.2 SSDs from various vendors. Do check out the hardware compatibility list for the supported make and model.

Within the Synology M2D17 package, you will find:

What are the pros and/ or cons of using different SSDs?

Why are the SSDs configured in RAID 1 in a read-write cache? The cache is the first location to fetch or deposit your data and it will reach out to the regular disks if the desired contents cannot be located in the cache. For write caching, any failure in the cache storage will result in data loss and thus RAID 1 is required to protect written data. On the other hand for read caching, the data are still available in the regular disks thus RAID 1 is not required.

At this juncture, both SSDs’ performance looks great. In the later part of this review, we will be benchmarking their performance under some synthetic workload.

We will be upgrading the DS1817+ to 16GB RAM and enable its SSD read-write cache.

The RAM slots are located on the underside of the DS1817+. The RAM upgrading process is straightforward as we just have to remove a couple of screws to access the slots. Installing the new RAM modules took last than 10 minutes.

The Synology DS1817+ with 16GB RAM! The additional RAM will come in useful for the new virtualization feature.

Installing the M2D17 requires you to remove the DS1817+’s enclosure to access the PCIe slot. Previously, this area of the Synology NAS used to be where the RAM slots are located.

Just in case you are wondering if you can use the M2D17 with SSDs as part of your regular storage volume. Nope, you cannot. You will have to tinker with the mdadm to do so and risk losing your data (plus su.

For those who are new to SSD cache just like me, the process of creating SSD cache is just a matter of following the Synology SSD Cache Creation Wizard.

There is also a SSD Cache statistics dashboard to view the status of the cache usage and hit rate.

To find out, we will be benchmarking this setup with 70% reads and 30% writes in 8KB blocksize to uncover its reading and writing throughput and latency. These benchmarks will be conducted using Fio.

Fio, or Flexible IO, is a versatile Input Output generator that is often used to benchmark the IO subsystem.

Another benchmarking tool that we will be using is hdparm which measures the direct reads and cached reads from storage media.

Benchmarking the SSD from DS1817+

We will be using both Fio and hdparm to benchmark the performance of Samsung 850 EVO and Western Digital Blue in the DS1817+. This benchmark is important as it is part of the pipeline before data get sent over the network so we don’t wish to see any bottlenecks between the SSDs and DS1817+.

Both tools will run directly against the storage devices (/dev/nvc1, /dev/nvc2) on the DS1817+. This will exclude filesystem’s performance.

We will also be using Fio to benchmark the performance of the DS1817+ under the following scenarios:

The SSD cache works by moving frequently accessed data onto the faster storage (i.e. SSD) so that the system need not wait for the slower storage (i.e regular disks) to respond.

Hence, we will go through a phrase of preconditioning before the actual benchmark test:

For each sets, the IO workload will be 70% reads and 30% writes in 8KB blocksize for 60 seconds. The order of reads and writes are randomized.

The benchmark results of the DS1817+ under various SSD cache configurations are as follow.

Firstly, don’t be alarmed by the low throughput figures. It appears that fio’s workload and measurement reflected a lower throughput for tests on the storage volume. Our objective is to measure the difference in performance under different SSD cache configurations.

Across the tests, it is clear that the both reading and writing speeds are greatly improved when SSD cache is enabled.

We also observed that the performance is better when the Samsung 850 EVO is used as the cache.

When SSD read-write cache is enabled, the average latency for writing operation is reduced.

We also observed the maximum latency went off the chart during the tests. But when we delved into the statistics, we observed that the maximum readings are just some statistical outliers. The 50th percentile and standard deviation looks pretty ok.

One of the queries we get is whether will the virtual machines (under Synology Virtual Machine Manager) benefit from the SSD cache on the Synology NAS?

To find out whether Synology Virtual Machine Manager will benefit from SSD cache, we will be using Fio to benchmark the virtual machine’s performance on DS1817+. Fio will be running within the virtual machine under the following scenarios:

We will be using a Ubuntu 16.04 LTS Linux OS as the virtual machine for this benchmark. Why not a Microsoft Windows OS? Well, it is to standardise the testing tool – Fio.

The virtual machine have the following configuration:

The SSD cache works by moving frequently accessed data onto the faster storage (i.e. SSD) so that the system need not wait for the slower storage to respond.

Hence, we will go through a phrase of preconditioning before the actual benchmark test:

For each sets, the IO will be 70% reads and 30% writes in 8KB blocksize for 60 seconds. The order of reads and writes are randomized.

The benchmark results from the virtual machine under various SSD cache configurations are as follow.

When SSD read-write cache is enabled, we observed great reduction in terms of read and write latencies. There is approximately 280% to 400% reduction in reading and writing latencies.

Similarly, stark improvement in both throughput and IOPS were also observed. Input/ Output per second (IOPS) also improved as much as 400%.

The DS1817+ is a another great NAS from Synology as you can enable SSD cache without sacrificing any of the drive bays.

The reading and writing performance definitely improved when the SSD cache is enabled using the Samsung 850 EVO and Western Digital Blue M.2 SSDs. The network transfer should also improve correspondingly.

For those who are running virtual machines via the Synology Virtual Machine Manager, you will be pleasantly surprised by the performance boost that SSD read-write cache will bring. In our benchmark, read and write latencies reduced as much as 400% and IOPS improved by almost the same factor.

Lastly, my advice to potential M2D17 adopters is to use similar performance SSDs for read-write cache. I suspect the latency spikes observed while benchmarking the performance of read-write are due to the difference in the individual SSDs’ performance. As mentioned earlier, the spikes are statistical outliers as the median and standard deviations looks pretty ok. 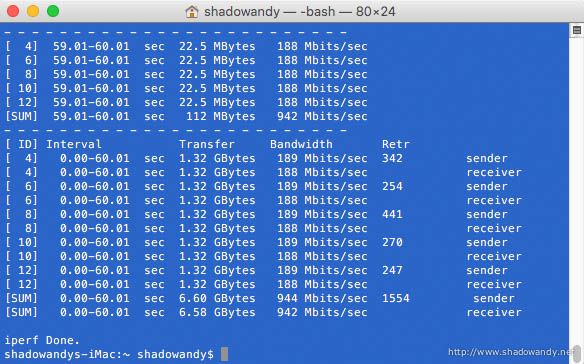