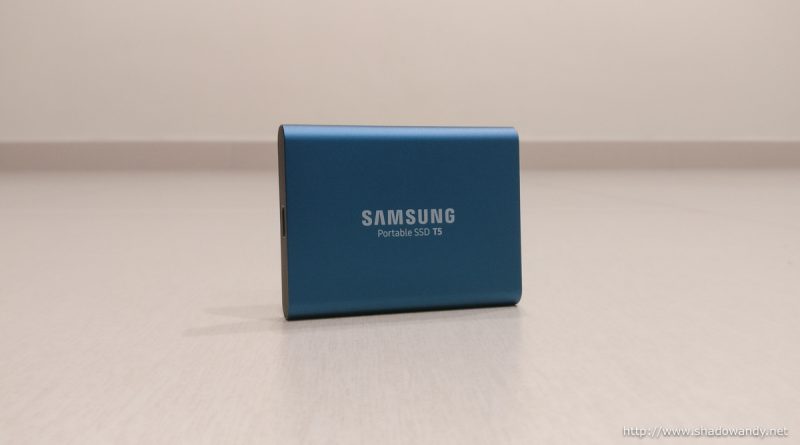 The Samsung’s newly released T5 is a compact and lightweight portable SSD! It is about the size of a stack of credit cards. Don’t be fooled by its small size, its capacity ranges from 250GB to 2TB. The thing I like about flash storages is that they are hardy enough to survive a lot more knocks than regular spinning hard disk drives. Not only that, flash storages have great throughput too.

You will find the following within the packaging:

It has a brushed aluminium case with the Samsung logo on one face. Its aluminium body probably help dissipate heat during intensive data transfers. It will probably be hardy enough to withstand a few bumps in the bag or scratches from keys and coins in the pocket with its aluminum build.

You will be glad to know that the Samsung Portable SSD T5 has a shock-resistant internal frame which will handle drops from 2 metres. Well, I wouldn’t recommend testing it deliberately though.

I expect that it will collect a few battle scars and dents after a while.

The Samsung Portable SSD T5 is rounded on the long edge, making it nice to hold in your hands when plugging in or out the USB cable.

The Samsung Portable SSD T5 comes with a 10Gbps USB 3.1 Gen 2 USB-C port. Specifications-wise, the Samsung T5 is capable of transfer speeds up to 540 MB/sec.

On the same face as the USB-C connector, you will find the status LED. It is only visible when powered.

You will be pleased to find that the local distributor included a complimentary one (1) year data recovery service for Samsung SSD which hopefully I won’t ever get to use it.

On my Microsoft Surface Pro 4, the Samsung Portable SSD T5 achieved sequential read and write speed of 435 MB/s and 437 MB/s respectively in CrystalDiskMark.

This blazing speed is because of the combination of Samsung’s 64-layer V-NAND flash memory and USB 3.1 Gen 2 interface which Samsung says is up to 4.9x faster than external hard disks.

The Samsung Portable SSD T5 is a great portable SSD for those looking for a small drive with great performance. It is perfect for people who deals with large files like artworks or virtual machine’s disks. So yeah, media designers and system admins, this portable SSD is the perfect choice.

The password protection with 256-bit AES hardware encryption keeps your data safe at rest. You can use the Samsung T5 with or without a password. 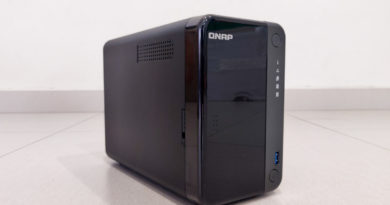 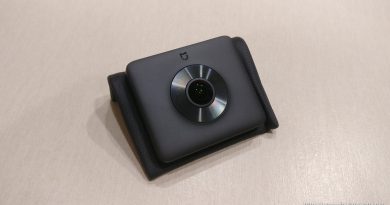