Okay, let me do a hashtag first – #TeamPixel. This is my first mobile phone from Google – Pixel 5. The Google Pixel 5 is a 5G phone with 90Hz display, 128GB storage, 6GB RAM and IP68 dust/water resistance. Last but not the least, Google Pixel phones’s camera usually delivers astounding picture quality. I got the Google Pixel 5 (Sorta Sage) for £476.43 (~S$857) after offsetting my gift cards (£45) from Amazon (UK).

I have been using mobile phones from OnePlus for a couple of years now. Instead of the OnePlus 8 Pro (from the current OnePlus 6), I decided to go for the Google Pixel 5. Yes, the CPU is slower than that of OnePlus 6 but I hope the other aspects will make up for it. For example, photography and OS stability.

In the box, you will find the following:

The Pixel’s main selling point has been the camera for the past few releases. Same for the Pixel 5. However, in terms of technical specifications, it seems paltry when compared to other mobile phones released in 2020.

Despite its paltry technical specifications, the Pixel 5 does deliver impressive photos (compared to my current OnePlus 6). I guess it is due to the post processing done on the photos. One nice thing about the camera app that I like is that it displays the water level to help me level my shots.

The screen grab looks pretty gloomy due to the overcast morning and is not due to the screen or colour reproduction defect.

With that being said, let’s look at some photos taken by the Pixel 5. I have passed these photos through Google Photos to strip off some location data.

Honestly speaking, the Qualcomm Snapdragon 765G CPU on the Pixel 5 is a little slow compared to the 845 on the OnePlus 6. The lack of CPU power is noticeable when installing apps but how frequent do you do that? Other than that, the 765G actually handles my daily workload with ease. That is, playing games, chatting over WhatsApp/Telegram and doing conference calls using Microsoft Teams and WebEx.

The battery actually lasts me through an entire day which I don’t remember my OnePlus 6 is capable of doing. This extended battery life is probably due to the lowered powered Snapdragon 765G on the Pixel 5.

The bottom of the Pixel 5 looks symmetrical with the microphone port looking like the speaker port. I had mistaken both as speaker ports and almost wanted to do a RMA when I discovered that one of them is not firing any sounds.

Did I regret changing to the Pixel 5? No. Despite having a slower CPU, it still meet my day-to-day needs without any apparent impacts to my productivity. My only qualm is that I need to get a USB-C to 3.5mm Audio with DAC if I want to use a wired headphone (or earpiece). For that, I am using the Apple USB-C to 3.5 mm Headphone Jack Adapter and it works with microphone too!

So when are you getting the Google Pixel 5 (Sorta Sage)? 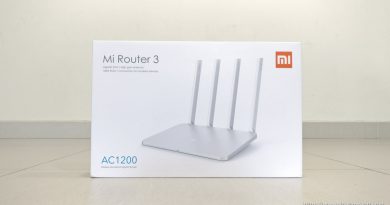 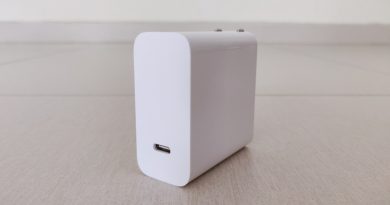